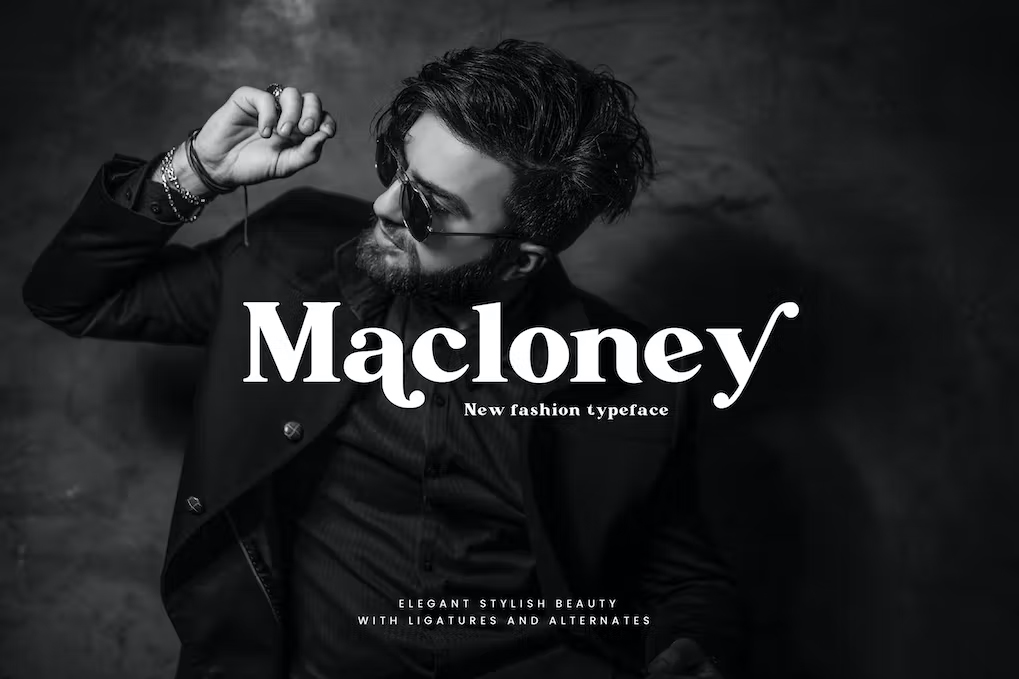 What is a serif font?

How to use a serif font?

Serif fonts are the most common type of font used in print media. They are easy to read and have a classic, timeless look. When used for body text, serif fonts are generally best paired with a sans serif font for headings or other short blocks of text.

Do’s and don’ts of using a serif font?

When using serif fonts, it is important to consider the following: 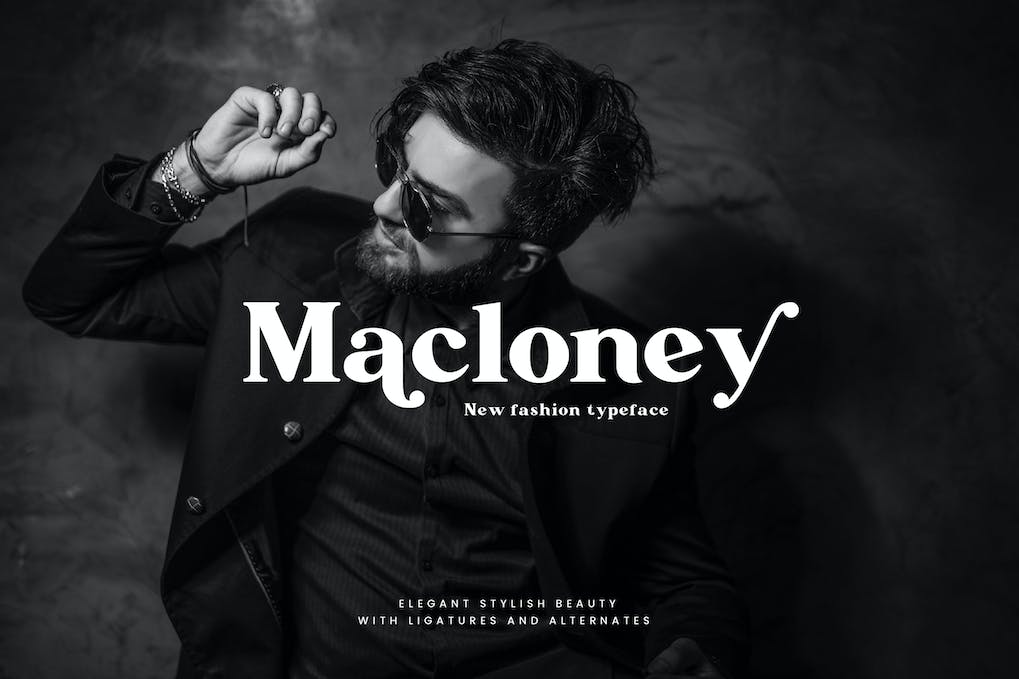 Macloney is a bold serif font perfect for headlines, logos, and other creative uses. This unique font features sharp edges and tall letters, making it stand out from the crowd. Macloney is sure to grab attention and add personality to any project! 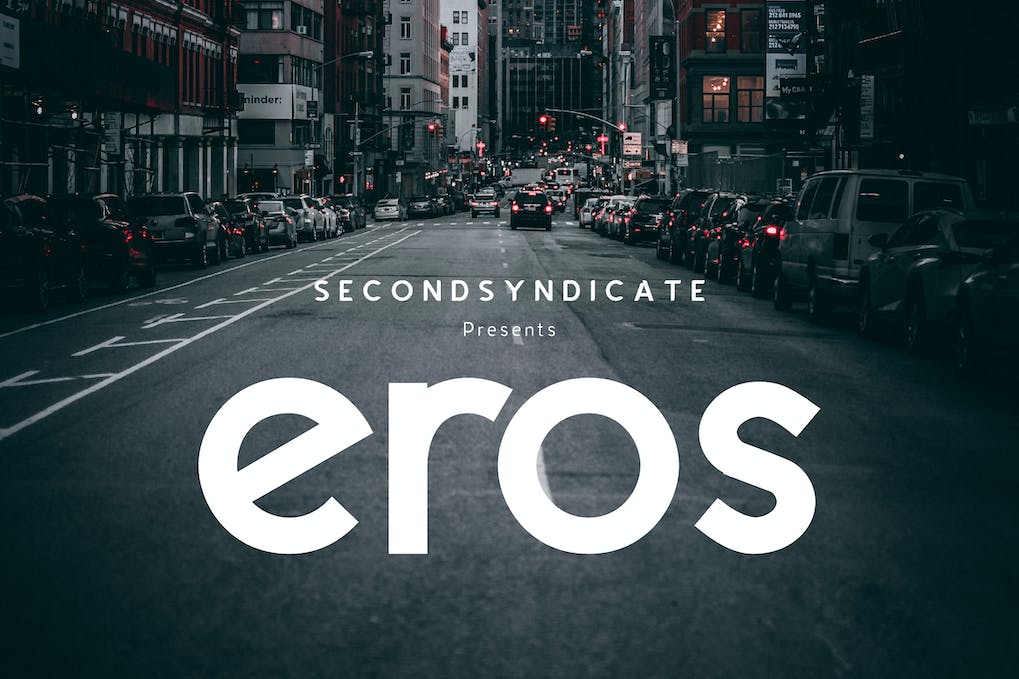 Eros- serif font is a type of font that includes small embellishments on the letters. These embellishments can consist of different shapes, such as hearts or arrows. The serifs help to make the text more readable and add visual interest. This type of font is often used for headlines or titles because of its decorative nature.

Hello Paris Variable Duo Serif Font is a stylish serif font that features two different widths for each character. This makes the text more dynamic, making it perfect for headlines and other attention-grabbing purposes.

Thetaly Display Serif Font is a serif typeface with medium-large x-height. The serifs are slightly bracketed and have overall horizontal stress. The thinnest parts of the strokes have vertical stress. The letterforms have an open counter and a moderate contrast between thick and thin strokes.

Maraton is a modern serif font created by Type Foundry in 2014. The font was designed for body text and headlines and featured a clean, streamlined design. Maraton has been used by various publications, including The New York Times, Wall Street Journal, and Boston Globe.

Vintage Retro Serif Font is a digital typeface family based on the early 20th-century American gothic and serif typefaces. The fonts were created to be used for headings, subheadings, and body text in vintage-themed designs.

Greca Modern Serif is a typeface created by designer Mårten Larsen. The font was inspired by the classic serif typefaces of the past but with a modern twist. The result is a stylish and elegant typeface perfect for any formal or professional setting. Greca Modern Serif is available in regular and bold weights, making it versatile and easy to use.

Dishta Bikailen Serif Font is a stylish sans serif font that can be used for various purposes. It has a strong character with sharp edges, making it perfect for headlines and other display purposes. The font is also available in italic and small caps.

Avaner sans serif font is a modern, clean and simple sans serif font that is perfect for any design project. It has a strong character with sharp edges and a high contrast between the thick and thin strokes. The font is available in both regular and bold weights.

Donatello is a modern serif font that is perfect for headlines, titles, and body text. It is characterized by its strong vertical lines and clean, round shapes. Donatello was designed by Type Associates and is available in both regular and bold weights.

Sabon Serif is a typeface created by the German type designer Jan Tschichold in 1964. It is named after the sixteenth-century French printer Claude Garamond, who designed one of the first widely used serif typefaces. Sabon Serif was intended to be a modern revival of Garamond’s design, with some changes to improve its readability.

Laviossa Serif Font is a typeface with thick, heavy strokes that is perfect for headlines and other display purposes. It’s named after the city of Laviossa in Italy, where it was first used. The font is available in both regular and bold weights.

Geefray Serif Font is classified as a sans serif typeface and is often used for body text, headlines, and other display purposes. The name “Geefray” is derived from the Dutch word for “grapheme”, which refers to the basic unit of written language.

The Palash typeface is a serif font with a modern twist. It is perfect for branding and identity design, as well as for headlines, logos and other creative applications. The thin strokes and sharp details give it a clean and stylish look, while the strong character ensures that it stands out from the crowd.

The Ethan Serif Font Family is a typeface created by American type designer Ethan Dunham. The family includes four fonts: Regular, Bold, Italic, and Italic. The fonts are available in both TrueType and OpenType formats. Ethan Serif was designed to be used as a display or headline font. It features a robust serif design with high contrast between thick and thin strokes.

Amiya here. I assist business owners in increasing their clientele using the top web-based tools and applications.
I work as an online marketer and have a background in digital business. I have been doing this for over 7 years. I discuss the top software and how to manage an online digital business.
I have a strong desire to see others succeed, and I really believe that the correct equipment and software can go a long way.

The Ultimate Guide to Successful...

Black Friday
Deals Are Coming In